June 29, 2020 An Atlanta developer is headed to McKinney with a new industrial project. 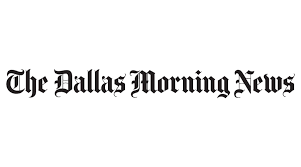 An Atlanta developer is headed to McKinney with a new industrial project.

Stonemont Financial Group is building the industrial complex on the west side of McKinney’s airport.

The two-building project will have more than 230,000 square feet of space.

The McKinney Airport Center project was designed by Callaway Architecture of Richardson.

The buildings will be finished early next year, Stonemont Financial vice president Neal Moskowitz said in an email.

Dallas-based Somervell Commercial Realty is the development manager for the project. And Bob Moore Construction is the general contractor.

Stonemont Financial is a private real estate firm with more than $2 billion in assets under management.

Earlier this year, the developer announced plans for a 540-acre industrial park in El Campo, southwest of Houston.

The first phase will be a 125,000-square-foot warehouse leased to Vitro Chemicals of Monterrey, Mexico.

While there has been widespread industrial building in Dallas, Tarrant and Denton counties, Collin County has seen less warehouse building because of a lack of affordable building sites. But several new projects have recently been started in McKinney and Frisco.

The Dallas-Fort Worth area is one of the country’s top warehouse building markets with more than 25 million square feet of construction.